Photolithography – The Role and Properties of Photosensitive Glass 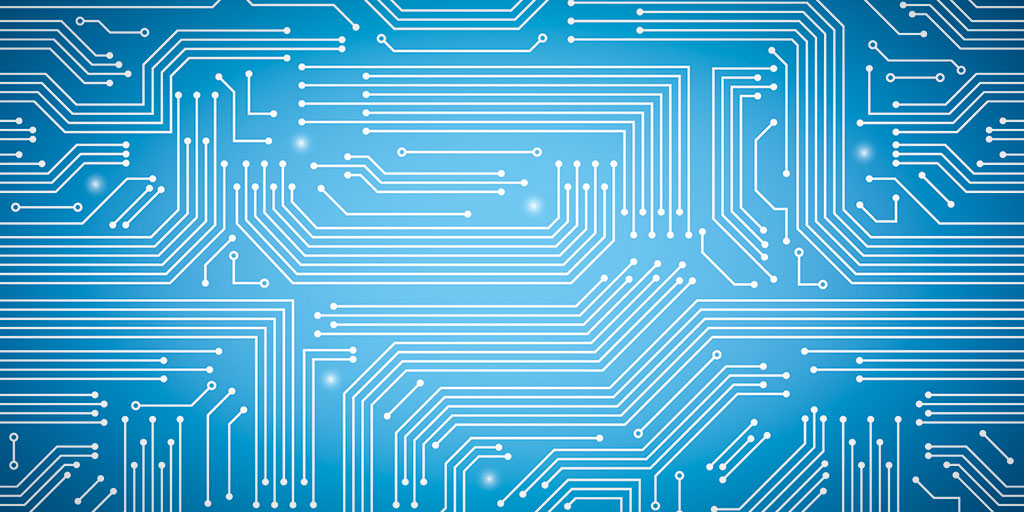 Photolithography is a process used in microfabrication to place a pattern or design on areas of a thin film or substrate. Photolithography allows patterns to be ‘printed’ onto a substrate in microscale dimensions, making it an invaluable tool in the semiconductor and electronics industries.

Photolithography, as the name suggests, uses light to transfer a symmetrical pattern from a photomask to a light-sensitive chemical (photoresist) on the substrate. A series of chemical treatments are then used to either engrave the exposure pattern, or allow deposition of a new material in the desired pattern on the material under the photo resist.

This process sometimes must be repeated multiple times to create the desired results. For example, a CMOS wafer might have to endure photolithographic cycling/etching up to 50 times.

The process of photolithography allows exact control over the shape and size of the final product, and it is a very inexpensive process for generating patterns over an entire surface.

Photolithography is an efficient technique for the mass-production of microstructures on glass and silica substrates. Photo-sensitive glass, a technical glass which crystallises following exposure to UV light and subsequent heat treatment, allows a permanent pattern to be formed on a substrate prior to etch processing.

The crystallised areas are then able to be etched away with a high aspect ratio and this results in extremely fine structures, which have applications in microfluidics and semiconductors. Continued processing of photosensitive glass (a second exposure and tempering process) allows the glass to be transformed into a glass ceramic if required. Anodic bonding is also possible.

This is a wafer bonding process, which allows the glass to be sealed to either silicon or metal without introducing an intermediate layer, allowing the glass to seal silicon wafers in electronics and microfluidics.

What is Photosensitive Glass?

Photosensitive glass (PSG) is a transparent glass in the lithium-silicate family of glasses, in which an image of a mask can be captured by the formation of microscopic metallic particles in the glass, following exposure to electromagnetic radiation such as ultraviolet light. This change is the result of a redox process, where cerium ions are oxidized to a more stable state releasing electrons and silver ions are reduced to metallic sliver utilizing the electrons released from cerium.

If the glass is exposed to UV light of wavelength 280–320 nm, a latent image is formed. The glass remains transparent at this stage, but the latent image will be visible when the glass is heated to temperatures in the range of 550-560°C. Upon the heat treatment, a crystalline phase lithium metasilicate forms on the metallic silver particles. The lithium metasilicate phase is etched to create 3D microstructure.

PSG is a highly promising material for the production of components for a number of complex microsystems. High aspect ratio microstructures can be produced using only slightly modified semiconductor equipment and relatively low manufacturing costs are possible with small scale production. PSG has high potential in a wide range of applications as it can be applied in both corrosive and high temperature environments. In addition to this it is transparent, has a high Young’s modulus and demonstrates good thermal and electrical insulation.

In 2003, photo-structural glass ceramics were developed for true 3D microfabrication and MEMS processes, which surpassed the 2D limitations of traditional photolithography.

The glass’s unique properties make it ideal for the integration of the electrical, optical, mechatronic, and packaging functionality required in the production of MEMS structures. If UV light and heat are applied, PSG is converted into a metasilicate material 30 times more etchable than the native glass material.

Photolithography is an excellent process for the microfabrication of electronic and optoelectronic devices at a resolution of 50 nm or less, such as micro-circuits, micro-organic memory devices, microsensors, lab-on-a-chip/micro-total analysis systems (µ-TAS) and even micro-solar panels and piezoelectric devices for energy harvesting.

The ability to take a specific piece of specially produced photosensitive glass and subject it to a lithographic process to produce thousands of accurate micro scale devices is obvious. The process can be carried out rapidly and (relatively) inexpensively, making it an attractive method for the semiconductor industry.

Photolithography is constantly developing. A new proton lithography mechanism allows the micropatterning of photosensitive etchable glass based on the crystallisation of the glass after irradiation with MeV protons and heat treatment. The MeV protons result in a significantly reduced minimum feature size, when compared to UV irradiation, and the threshold dose for etching is very low (4000 protons µm−2), offering the potential of creating complex microstructures by direct writing using very short exposures.

The structure depth in the glass is determined only by the range of the protons in the glass, which allows structures with different depths to be fabricated. This technique could be valuable in manufacturing of high aspect ratio microstructures such as fluid networks and micro-optical devices.

Mo-Sci can provide a range of photosensitive glasses that are ideal for photolithography.

Mo-Sci have been involved in the photosensitive glass market since 1985 and have an enviable record of innovation. Their development laboratories are second to none for the production of custom glass formulations for specialist applications.

They have products in every major manufacturing area and are particularly active in the electronics and analytical microfluidics sectors.