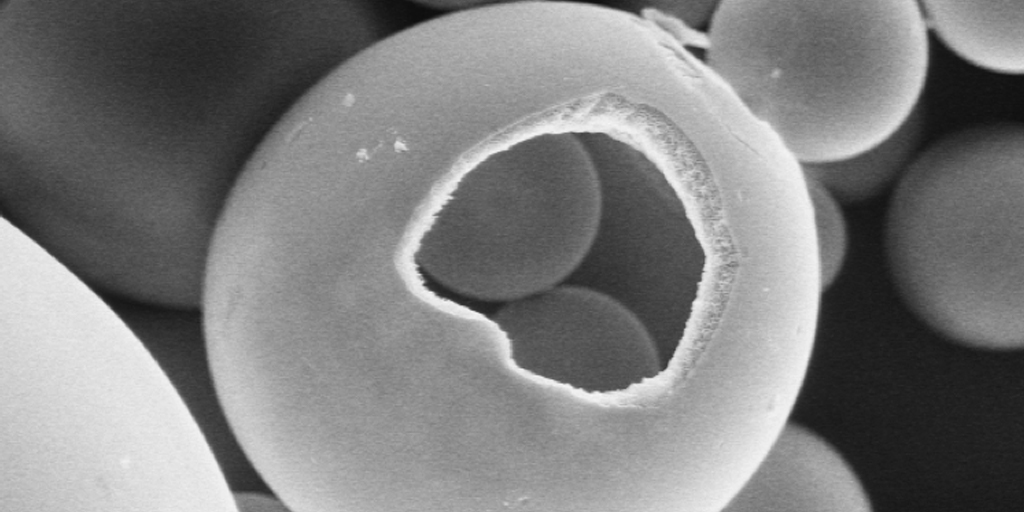 Finding methods for improving efficiency and bioavailability is central to targeted drug delivery. While controlled release dosage medication forms are the norm, they can encounter many limitations. One disadvantage is the difficulty of locating and retaining the drug delivery system within the gastrointestinal (GI) tract due to gastric emptying variation.1 This can cause drug release that is insufficient for the patient or result in shorter residence time of the dosage in the stomach.

To increase gastric retention and improve drug absorption, hollow microspheres have been developed and applied in the clinical setting for certain patients.2 Porous-wall hollow glass microspheres used in medicine are often produced from biopolymers, ceramics, bioactive glasses, and silicates. Hollow microspheres feature a 10 to 100 micron-diameter hollow cavity for the containment of certain substances.3

The most predominant mode for drug administration to the systemic circulation is the oral route. Some drugs have difficulty absorbing through the GI tract when using this route, prompting professionals to seek alternative methods for delivering pharmacologically active substances to the body.

The porous or hollow features of microspheres offer the ability to encapsulate fragile drugs and provides protection from biological compounds that may interfere with drug availability.4 These spherical, empty particles can remain in the gastric region for long periods of time and extend residence time of drugs in the GI tract.

Microspheres can be produced to feature a uniform shape and size that can improve delivery of spheres to a specific target site. Additionally, microspheres are an ideal candidate for carriers of therapeutic agents due to their porosity, large surface area, and volume.

The hollow center of the microspheres reduces their density to such a degree that they have the potential to be buoyant. This behavior makes hollow microspheres suitable for use in a wide variety of applications.

Patients are required to consume a large amount of water for hollow microspheres to float and function. Instead of merely taking a sip of water with a drug (typical of the oral route of medication administration), patients must drink a full glass (200 to 250 ml) of water with the microsphere. In addition, hollow microspheres are unsuitable for drugs that feature stability and solubility issues in gastric fluids.

The SRNL has teamed with Mo-Sci Corporation, experts in the production of specialty glasses, to create porous wall, hollow glass microspheres that consists of glass “microballoons” smaller than the diameter of a human hair.

SRNL’s microspheres feature a unique network of interconnected pores in the walls. These pores allow tiny “microballoons” to be filled with gasses as well as other materials. Each SRNL microsphere is around 50 microns in diameter, and the walls are around 10,000 angstroms thick. The walls feature pores that come to about 100 to 300 angstroms. Each pore allows gasses to entire the spheres and be stored or cycled on absorbents.

The original use for SRNL’s microspheres was to provide a solid-state storage method for hydrogen. Further research, however, has revealed their powerful utility and practical application in medicine. Currently, Mo-Sci plans to offer SRNL’s porous-walled hollow glass microspheres as a transport system for targeted drug delivery, among other uses.

Microspheres are being further investigated in an effort to discover new applications within healthcare. While further study is ongoing, microspheres will hopefully provide enhanced patient care and improve the effectiveness of medication delivery across a broad range of disease states.